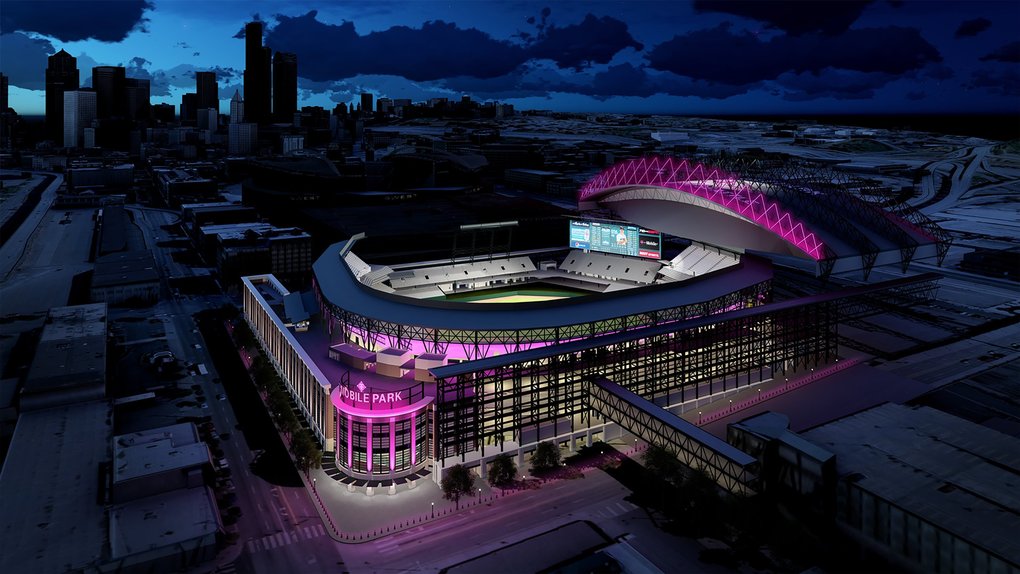 The T-Mobile Park located in Seattle, Washington is not to be mistaken with the T-Mobile Arena in L.A. T-Mobile Park is a baseball park with a retractable roof and it is owned by the Washington State Major League Baseball (MLB) Stadium Public Facilities District. It is the home stadium for the Seattle Mariners of MLB.

Its exact location is in Seattle’s SoDo neighborhood which is near the western terminus of Interstate 90. T-Mobile Park currently has a seating capacity of 47,929 for baseball. This rather young park has its first game played on July 15, 1999, in which the Mariners were defeated 3–2 by San Diego Padres.

King County Executive Gary Locke appointed a 28-member task force to evaluate the need for a new ballpark to replace the fast deteriorating Kingdome on March 1994. Locals feared that the Mariners would leave Seattle soon if a new stadium was not built for them. The task force recommended to the King County Council that the public should be involved in the financing of the stadium by increasing sales tax by 0.01% in January 1995. Eight months later in September, King County held a special election to ask the public for this sales tax increase and the idea was rejected by the locals narrowly.

Thus, on October 14, 1995, a special session of the state legislature authorized a different funding package for a new stadium. The new funding included a food and beverage tax in King County restaurants and bars, car rental surcharge in King County, a ballpark admissions tax, a credit against the state sales tax, and sale of a special stadium license plate. On October 22, the King County Council approved the funding package. The Washington State Major League Baseball Stadium Public Facilities District was established to own the ballpark and oversee design and construction. Clearly, the new state legislature was against the locals’ viewpoint, taxpayers suit opposing the legislative actions and the taxes failed in the courts.

On September 9, 1996, the site was selected for the new stadium. The new location was just south of the Kingdome. However, in late fall, several members of the King County Council wrote a letter to the Seattle Mariners. The letter was to request a postponement of the projected $384.5-million stadium project. In response and as expected, Mariners ownership held a news conference stating that they would either sell the team or move it from Seattle. After a public outcry, the King County Council voted to reaffirm their cooperation with the Mariners in building a new stadium. Additionally, the Mariners agreed to contribute $145 million to cover cost overruns.

On March 8, 1997, construction officially began with a groundbreaking ceremony featuring Mariners star Ken Griffey, Jr. The construction was overseen by Chief Financial Officer and current team President and minority owner, Kevin Mather, continued through the beginning of the 1999 season.

The Mariners moved the fences at Safeco Field closer to home plate prior to the 2013 season “to create an environment that is fair for both hitters and pitchers,” according to General Manager Jack Zduriencik. Safeco Field had been considered one of the most pitcher-friendly ballparks in the majors since it had opened. The center field scoreboard and ad panels were replaced with an 11,435 square-foot board during renovations, becoming the largest among all stadium scoreboards in the major leagues at the time.

After the 2017 season, the field surface, which had been in place since the stadium opened in 1999, underwent its first full replacement. The infield and foul territory were redone in 2012, but the outfield had never been replaced before the resodding.

The original naming rights to the stadium were sold to Seattle-based Safeco Insurance. Safeco paid $40 million for a 20-year deal which was until the 2018 season. The Safeco signage was removed from the ballpark beginning November 2018. The naming rights were awarded to T-Mobile on December 19 for $87.5 million, an agreement that will last 25 years. The name change officially took effect on January 1, 2019.

According to a publication by Seattle Times on December 20, 2018, the change of naming rights is also a positive ending to lease negotiations with the team that became overly politicized that year. The deal secured a long-term commitment by owners to remain in Seattle. Additionally, the Mariners ownership will invest at least $600 million into facility maintenance and upgrades over the next 25 years. Locals have also finally agreed to contribute through King County lodging taxes that were created to support pro sports facilities. However, these tax collections are now mostly used to fund housing and arts; about 12 percent will go to ballpark maintenance.

Aside from professional baseball, T-Mobile Park is also used for amateur baseball events such as the Washington Interscholastic Activities Association high school state championships and one Washington Huskies game per season. Major non-baseball events that have been held at T-Mobile Park include the 2001 Seattle Bowl, megastar concerts as well as WrestleMania XIX in 2003 which attracted the stadium’s record attendance of 54,097.

Ticket Policies:
Read up on the ticket guarantee and our chosen ticket marketplace on the T-Mobile Park tickets page.